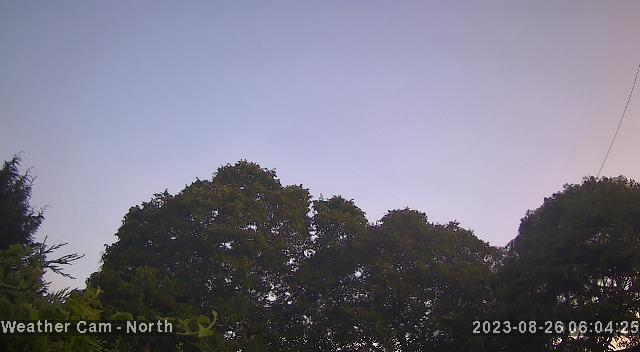 Harlaxton Weather is a Personal Weather Station (Amateur/Hobbyist) located in Harlaxton, Near Grantham. Harlaxton lies in the South Kesteven district of Lincolnshire, England about 50 miles from the North Sea.

The weather year-round consists mostly of an almost endless series of cyclones and associated fronts moving in from the west off the North Atlantic. As a result, the weather is very change-able, with only occasional settled spells of a few days. Rainfall is moderate year round and totals about 30 inches (about 750 mm).

Some of this may fall as snow or small hail in winter, but the warmth of the nearby ocean usually melts it soon. While light frosts are common in winter, temperatures below about -10 C are quite rare. Summer brings somewhat more sunshine, but temperatures are cool, with highs mainly 17-24 C. Occasional warm spells may bring highs in the 26-33 C range in some years.

The station is powered by a Weather Sleuth weather station. The data is collected every 48 seconds and the site is updated every 5 minutes. This site and its data is collected using Weewx Software, an experimental weather software system written in Python. The station is comprised of an anemometer, a rain gauge, a thermo-hydro sensor, a UV and solar sensor situated in optimal positions for highest accuracy possible.


Never base important decisions on this or any weather information obtained from the Internet.